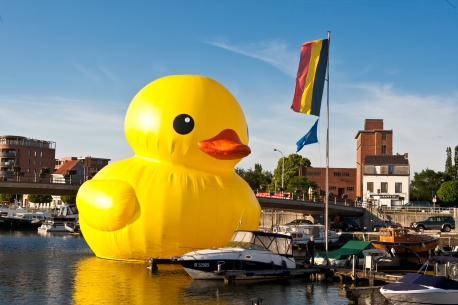 The Rubber Duck (Badeend in Dutch) knows no frontiers, it doesn’t discriminate people and doesn’t have a political connotation. The friendly, floating Rubber Duck has healing properties: it can relieve mondial tensions as well as define them. The rubber duck is soft, friendly and suitable for all ages!

The artwork Rubber Duck by Dutch artist Florentijn Hofman is the first and impressive project of Z33 – art in public space (formerly known as Z-OUT).

The inhabitants of Hasselt were so keen on the Badeend that – on their request – a new version of the artwork was launched at the Kanaalkom on September 1st in Hasselt. The remains of the previous version of the duck was recycled into exclusive bag designed by Michaël Verheyden. Also at the launch Z33 presented a bookazine about de Badeend and the artist Florentijn Hofman.
The Rubber Ducked floated in the Kanaalkom until October 10 2010.

Two years later the Rubber Duck floats again on the Limburg waters.
This time the artwork docks in four places:
Lommel July 2 to 17  – pond of Barrierspark
Neerpelt July 18 to 26 – Passantenhaven
Bocholt July 27 to August 2- near the biker’s bridge over the Zuidwillensvaart
Hasselt August 6 to 19 – Kanaalkom

This project is a collaboration between the artist Florentijn Hofman, Z33, de Dienst Scheepvaart (the company responsible for the the eastern waterways of Belgium) and the Province of Limburg. 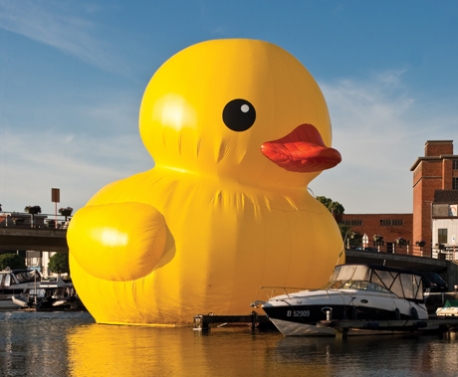 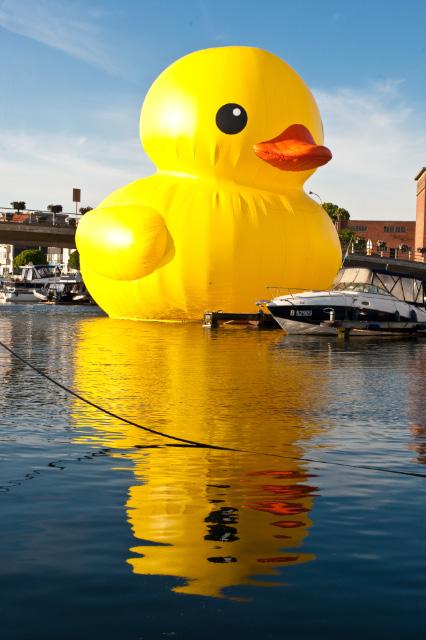 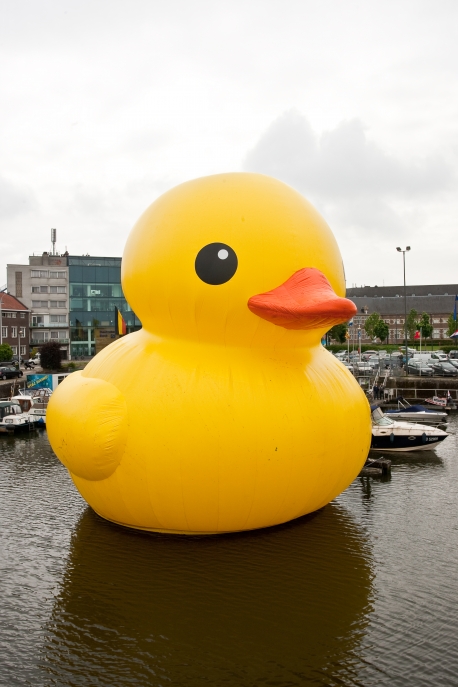