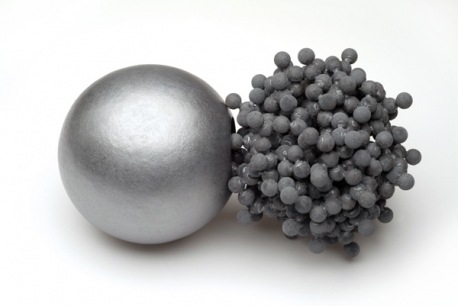 David Huycke (1967, Sint-Niklaas) is the most important contemporary silver artist in Flanders and one of the leading names in Europe. His latest work, which revived the technique of granulation, is now on display at Z33.
Granulation is a decorative technique in which many small metal balls or granules – sometimes tens of thousands of them – are fused to a metal base. The technique has been around since 3000 BC and, having been perfected by the Etruscans between 600 and 480 BC, it has evolved little since.

For Huycke, this meant that resurrecting the technique after more than 2500 years of dormancy represented an enormous challenge. Yet he succeeded, and with genuine fervour. Huycke discovered a method of constructing objects completely from the tiny silver balls. What’s more, he found the process so inspiring that he created a whole series of new objects inspired by this technique. The unique result of all this artistic research is now on show at Z33.

As a house for contemporary art, Z33 aims to act as a unique laboratory and a meeting point that brings together experiment and innovation. And naturally, the chance to exhibit and support artistic research on the new possibilities of a centuries-old discipline and technique falls within this aim. With this presentation, Z33 also offers you a unique chance to discover this master of silver art.

‘Re-Thinking Granulation’ is the culmination of five years of PhD research in collaboration with the Katholieke Universiteit Leuven and Hasselt University. The exhibition takes the form of a presentation, which is a component of Huycke’s PhD in the arts. With his research, Huycke explored the possibilities offered by the granulation technique from an artistic perspective.

Huycke teaches at the PHL University College in Hasselt, and has been a guest lecturer at a number of prestigious European and American institutes. His work is on display in various European exhibition spaces, and has been included in many important private and other collections (including the Marzee Collection, the National Museum of Scotland, and the Musée des Arts Décoratifs in the Louvre.)

David Huycke is a designer and silver artist. As the culmination of five years of PhD research in collaboration with the Katholieke Universiteit Leuven and Hasselt University, Z33 is now exhibiting 40 new objects in which he reinvents the centuries-old granulation technique.

The exhibition takes the form of a presentation, which is a component of the PhD assessment. In his research, Huycke explored the possibilities offered by the granulation technique from an artistic perspective.

Granulation is one of the oldest techniques – and one that perhaps most appeals to the imagination – in the art of goldsmithing. It is a decorative technique in which many small metal balls or granules – sometimes tens of thousands of them, and usually in an ornamental or figurative composition – are fused to a metal base. Despite being considered one of the most difficult [HN1] techniques in the history of goldsmiths’ art, in ancient times (for example, during the Etruscan era) granulation had already peaked at a state of unimaginable perfection. From its appearance in the third century BC until the present day, it has had one main purpose; namely, to decorate a surface.

Given that granulation has been used primarily as a decorative technique on ornaments, and only rarely for structural purposes, Huycke came up with two points of departure. The first question involved examination of the structural possibilities of granulation in sculptural silver work. In Huycke’s designs for this part of the research, the granule was transformed from a merely decorative component into an essential building block. Granulation thus provided texture and structure as well as the architectural basis of the object.

Alongside this first, more technical point of departure, a second, more conceptual question arose. Huycke set about investigating the expressive possibilities of granulation in sculptural silver work. This saw the granulation process in itself become both subject and concept, thus transcending the purely technical aspect and giving rise to a poetic dimension.

Parallel to these questions, the research and artistic output in its entirety was split into two groups. One of these groups focused on objects actually constructed with granules; the other group on objects for which granulation was used as a technical paradigm and the ‘world’ of granulation – with all its specific technical, formal and substantive properties – can be seen more as an idea in the design than actually in the object itself.

The output of the project is twofold: On the one hand, in interplay with his artistic practice, Huycke developed a dissertation underpinning the intellectual and practical processes that were needed to arrive at the artistic work. On the other hand, the artistic research also resulted in the exhibition at Z33, where 40 objects are currently on display. 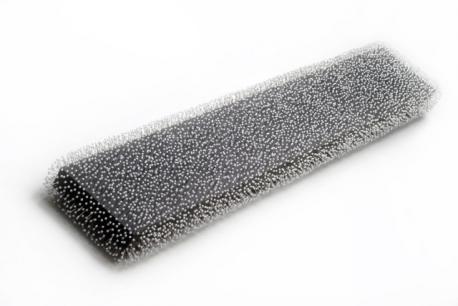 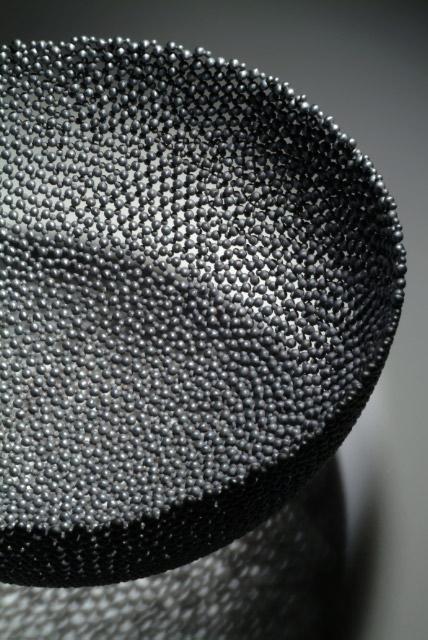 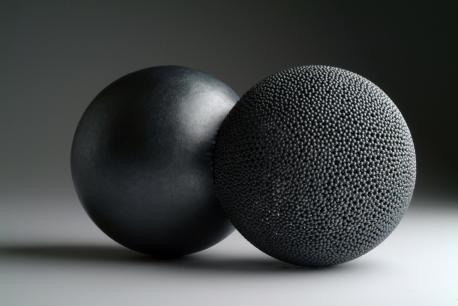 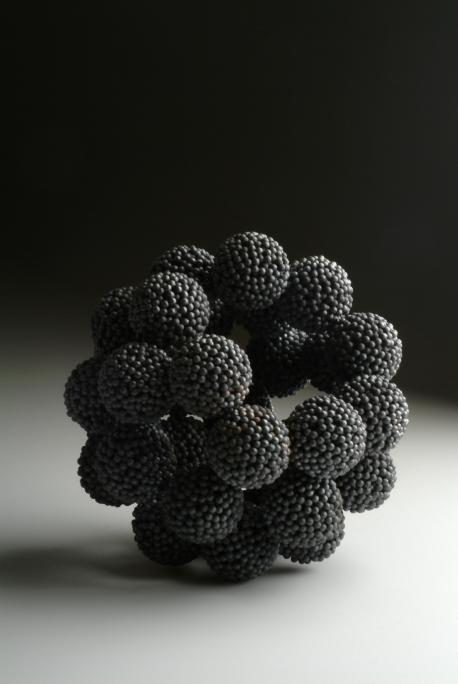 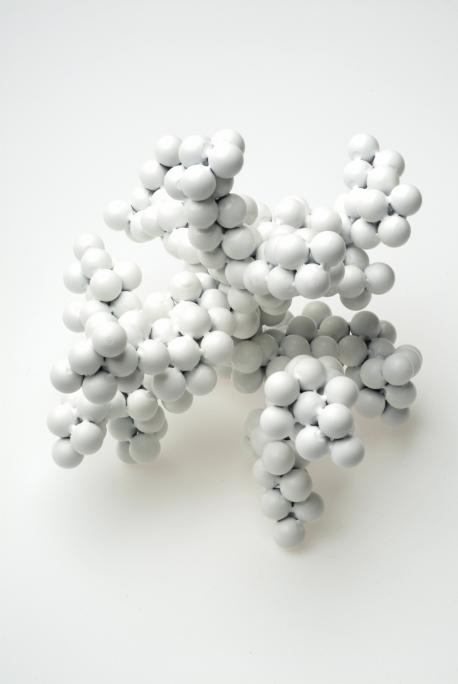