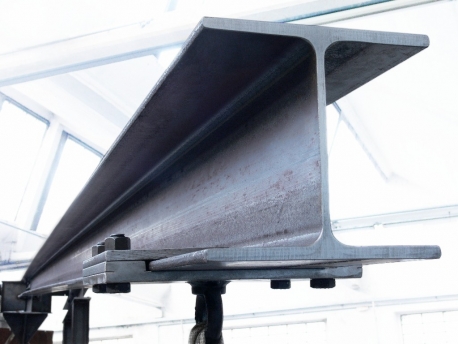 Tombstones show the ticking of time at Z33

Arcangelo Sassolino constructs first installation in Belgium
From 30 May the new large spatial installation “Time Tomb” will be on display at Z33. “Time Tomb” is a gigantic and slow metronome that will occupy almost the entire space of two beguinage houses of Z33. The installation consists of two iron arms of seven metres that can swing back and forth by a pneumatic mechanism, as it were a metronome that indicates time. The installation will continuously be in motion, both day and night. Tombstones from the church ruin of Z33 are attached to the end of the metronome’s arms and will create balance.

Sassolino uses the visual contrast between the intimacy the tombstones represent and the ruthlessness of the mechanism to make us reflect upon the irreversible ticking of time.

Arcangelo Sassolino was born in 1967 in Vicenza (Italy), where he lives and works now. From 1990 to 1996 he lived in New York where he studied at the School of Visual Art from 1990 to 1995 and developed games for Casio. In 1996 he returned to Vicenza and started his career as an artist.

He realizes architectural projects with mainly industrial material and machines. His realizations include an installation that catapults glass bottles at a speed of 800 km/h against a steel wall. The direct confrontation with the materiality and the potential danger of the installations generates a physical and psychological reaction of the spectators and emphasizes our vulnerability in a high tech environment. It is the first time that one of his works can be seen in Belgium.

His body of work matches the exhibition “Design by Performance” because of the performative character of the installation and the involvement of the spectator. This exhibition will close during the starting weekend of “Time Tomb”. In addition a performance of the Italian designer Martino Gamper will be showed during the closing weekend of “Design by Performance”. In “Learning While Performing, Performing While Learning” he will take on the role of an apprentice in a woodturning studio. Under the professional guidance of the Flemish Woodturning Guild he submerges himself in this traditional technique. The learning process will be put up as an act, in which the transmission of knowledge is central.

The installation can be accessed freely from the Z33 courtyard and from the door in the Witte Nonnenstraat (next to the library). 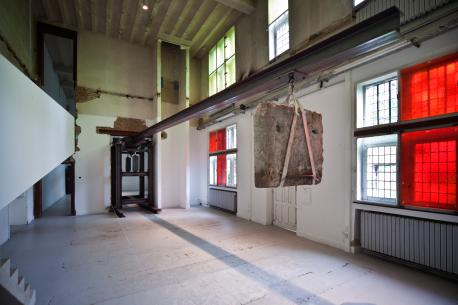 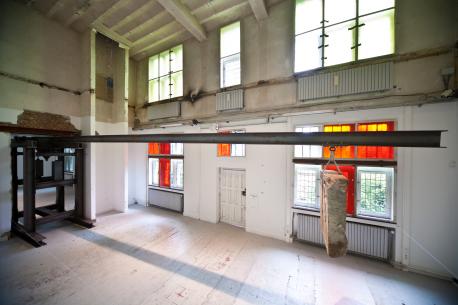 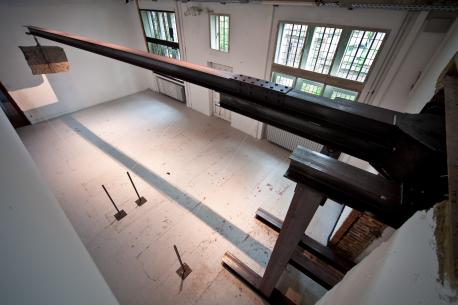