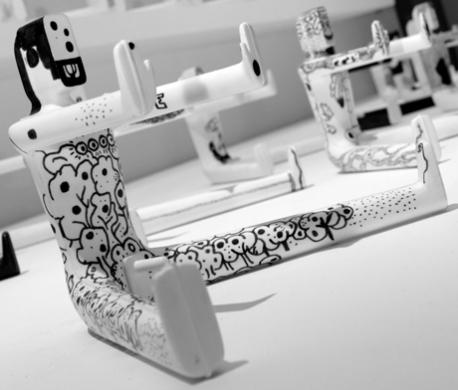 For the DESIGNING CRITICAL DESIGN exhibition, Z33 has invited Martí Guixé (E), Jurgen Bey (NL) en Fiona Raby & Anthony Dunne (UK), designers who are all known for their critical attitude towards mainstream product design. Although they have distanced themselves from today’s commercial design world, they sometimes use its mechanisms to pose questions about technological, social and ethical questions. Their ambivalent, critical position towards design and the spirited, playful form language used to express this is a constant theme throughout the exhibition.
The participating designers will make a new piece of work for Z33: an object, an intervention in the public space or an installation. The exhibition will consist of three ‘solo exhibitions’, in which each designer will present their latest work, imbedded in a folio of earlier work.

A fourth space will be filled with work from the different designers in which the intrinsic interface, namely the critical position in the debate on the function of design and designer, will be explored further.

Martí Guixé (lives and works in Barcelona and Berlin, www.guixe.com) calls himself an ex-designer. He is not interested in contributing to the endless stream of designer pieces currently flooding the market by producing yet another new variation on a chair or table. He designs projects instead of products. He focuses on ideas, functions and systems that can provide answers to the requirements of contemporary society. He investigates new ways of creating essential contemporary forms of design. A few examples: with the ‘Plant Emulator Tape’, Guixé preserves the plant’s function as a green zone in a room, whereby the object itself becomes superfluous and disappears. In ‘Functional Tattoos’ tattoos of fashionable body decoration become functional again. Take, for example, the ‘Designer Tattoo’ (see picture), where a designer can measure everything because he literally always has a ruler on him. An example of Food Design is the ‘I-cake’, a diagram that gives information about the quantity of the cake’s ingredients. Decoration becomes information. Martí Guixé is also famous for his interior design of shops from the shoe brand ‘Camper’.

Jurgen Bey (lives and Works in Rotterdam, www.jurgenbey.nl) sees himself as a researcher. He analyses the world we live in out of curiosity and his first priority is to experience reality in new and different ways. He tries to discover the hidden qualities, stories and emotional value of things and uses his findings to create new, deeply thoughtful versions of these objects. A few examples: ‘Kokon meubilair’ (Cocoon Furniture): existing furniture is given a new form and a new life by packaging it in a synthetic, elastic ‘skin’. With ‘Linnenkasthuis’ (linen-cupboard house), he transforms an old, useless linen-cupboard into a tiny garden shed where you can have a siesta.

Fiona Raby and Anthony Dunne (live and work in London, www.dunneandraby.co.uk) are fascinated by the possible social, cultural and ethical implications that new technologies such as bio and gene technology could have for society. They turn these abstract, futuristic issues into hypothetical products that could be used in everyday life in the future. They analyse the way in which design can be used as a medium for a public debate on the emergence and normalisation of these technologies. A few examples of their designs: ‘Evidence Dolls’: Genetic compatibility will become an important issue in the future and these dolls have been developed so that single women can store DNA samples from potential partners in them. The ‘Huggable Atomic Mushrooms’ are soft cuddly toys that can be used as an aid in the psychiatric treatment of people who are scared of nuclear annihilation. This fear can be diminished by gradual exposure to the feared object. 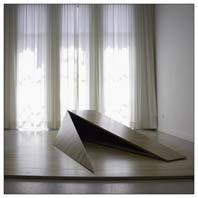 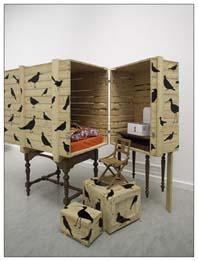