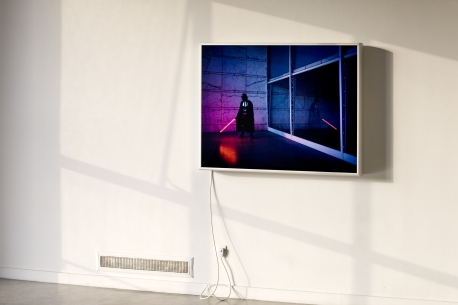 ‘The Great Exhibition‘ is Ives Maes‘ first major solo exhibition.
Based on a series of photos, the artist sketches a controversial portrait of an era by linking elements from science fiction films to the locations and remains of previous world exhibitions.

The exhibition is appropriately subtitled “Former world exhibition sites (and artefacts) visited by extra-terrestrials”. The world exhibition has always been an example of optimism, of a belief in progress through technology and science to make the world a better place. Science fiction has always been a critical metaphor for the failings of a more humane world. It predicted totalitarian regimes and nuclear holocausts due to the progress of technology and science. By placing this criticism in the presence of the optimism of the world exhibition, you get an ironic analysis of recent history.

The best example is the Atomium, which was built for Expo ’58 in Brussels, the first exhibition after World War II. The theme ‘evolution of the world for a more humane world’ was in sharp contrast with the immense quantity of apocalyptic science fiction stories that appeared in the 1950s and that all had the theme of nuclear holocaust.

The optimism of Expo ’58 was averse to the Cold War and the lost belief in man’s goodness after the holocaust. The Atomium was a homage to atomic energy. After Hiroshima and Nagasaki, Kissinger thrust this monument on the Expo because he wanted to make nuclear energy look good again. The film ‘The Day the Earth Stood Still’ (1951, Robert Wise) came out a few years before Expo ’58. Its theme was atomic energy. A superior being from another planet lands his UFO on earth with the message that he will deploy his immense robot Gord to destroy planet earth if the human race continues to experiment with atomic energy in a dangerous manner. It was a very critical film and it was at odds with the optimism of the Atomium. In one of Ives Maes’ photos, a UFO has landed in front of the Atomium. Klaatu, the space representative from the film, visits the restored Atomium and has his own objections. The photo offers a critical analysis of the nuclear age and contemporary developments such as nuclear fusion, the race for the moon’s energy sources, the closure of nuclear power plants, Iran’s programme for enriching plutonium, and the restoration of the Atomium.  This new series of photos forms the basis of the exhibition in Z33. Ives Maes travelled throughout Europe taking pictures near existing world exhibition sites with the aid of models and props. From the first world exhibition of 1851 in London, ‘The Great Exhibition of All Nations’ to the exhibition of 2008 in Zaragosa, Spain.

This project is part of the event “Carte(s) Blanche(s). All Eyes on the FRACs, and vice versa” coordinated by “PLATFORM”. This event is supported by the European cultural Season, organized during the French Presidency of the European Union (July 1st > December 31st, 2008). 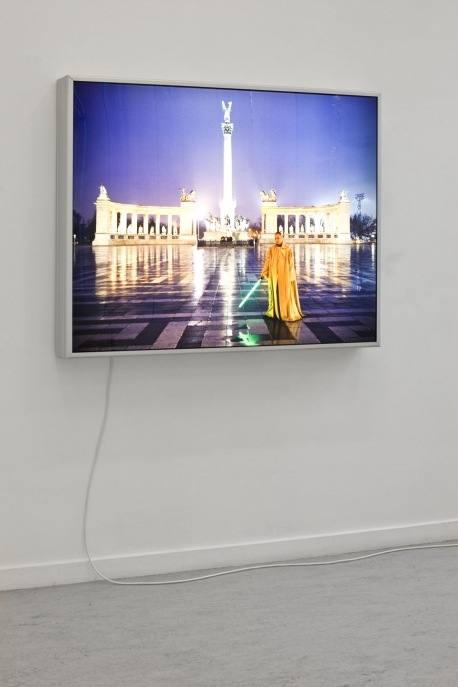 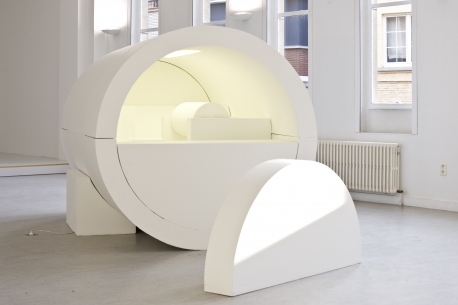 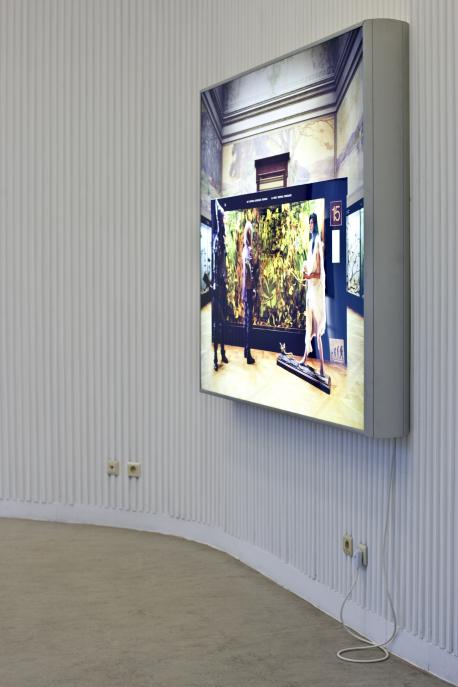 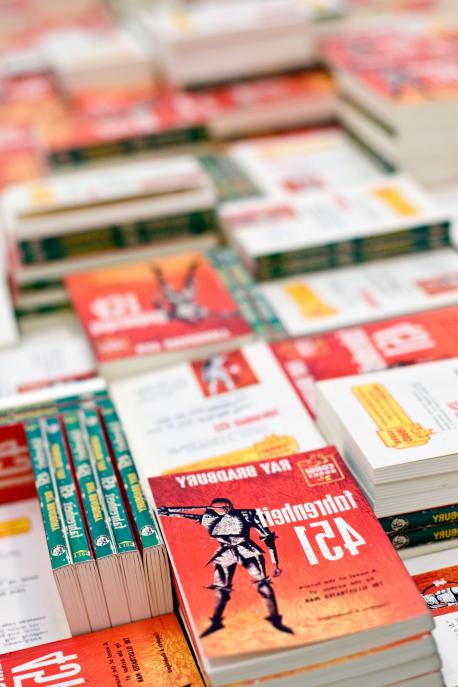