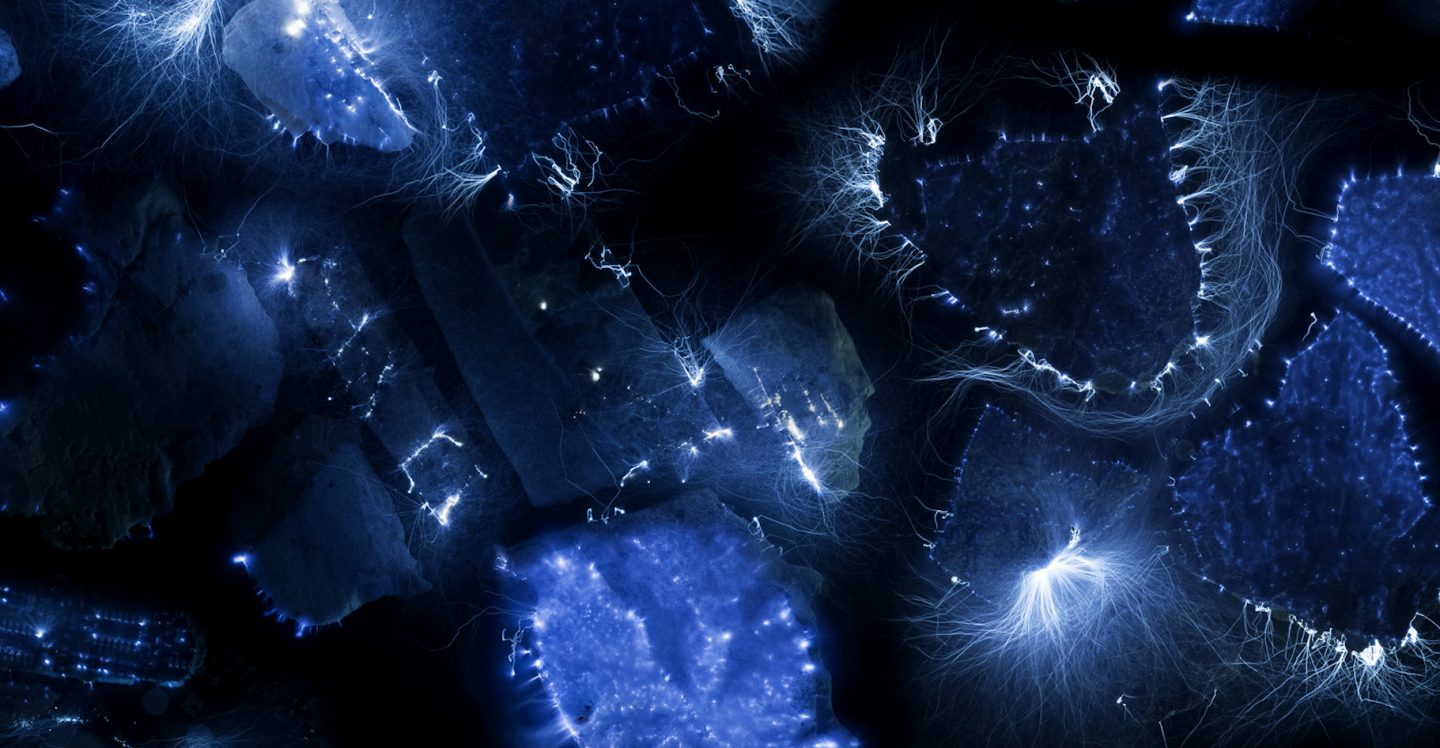 How is technological innovation dependent on raw materials? This question is centre-stage in the exhibition Charging Myths by On-Trade-Off. This artists-collective traces the origins of lithium by starting from Manono (Democratic Republic of the Congo). The landscape of this former mining town is a relic of the colonial past. Today the town is getting ready to be a key player in the race towards green energy, following the nearby discovery of the world’s largest deposits of lithium ore.

Presenting lithium as the new gold, this exhibition explores its history and future, as well as the various myths surrounding electricity, energy and the exploitation of minerals. A great many minerals (lithium, cobalt, …) help to sustain our modern lifestyle, through their application in the latest smartphones, solar panels, electric cars and so on. At the same time, their exploitation relies on unfair labour conditions, which imply little attention for ethics, health or the environment. Often, the interrelated mining efforts give rise to violence, corruption and ethnic conflicts, causing inequality to grow. This process reveals a paradoxical trade-off: while we are inundated by ‘inexpensive’ and ‘sustainable’ technology, local communities struggle with a chronical lack of such basic needs as energy and electricity.

On-Trade-Off maps production chains and unravels social, political and ecological aspects of the global economy. The exhibition presents new works that were developed during residencies and research in various locations, with Manono serving as shared point of departure. As a temporary collective, On-Trade-Off provides an artistic counterbalance to the logic of exploitation, by focussing on transnational exchange, knowledge sharing and fair practice.

On-Trade-Off is an artists-project, initiated by Picha (Lubumbashi) & Enough Room for Space (Brussels). 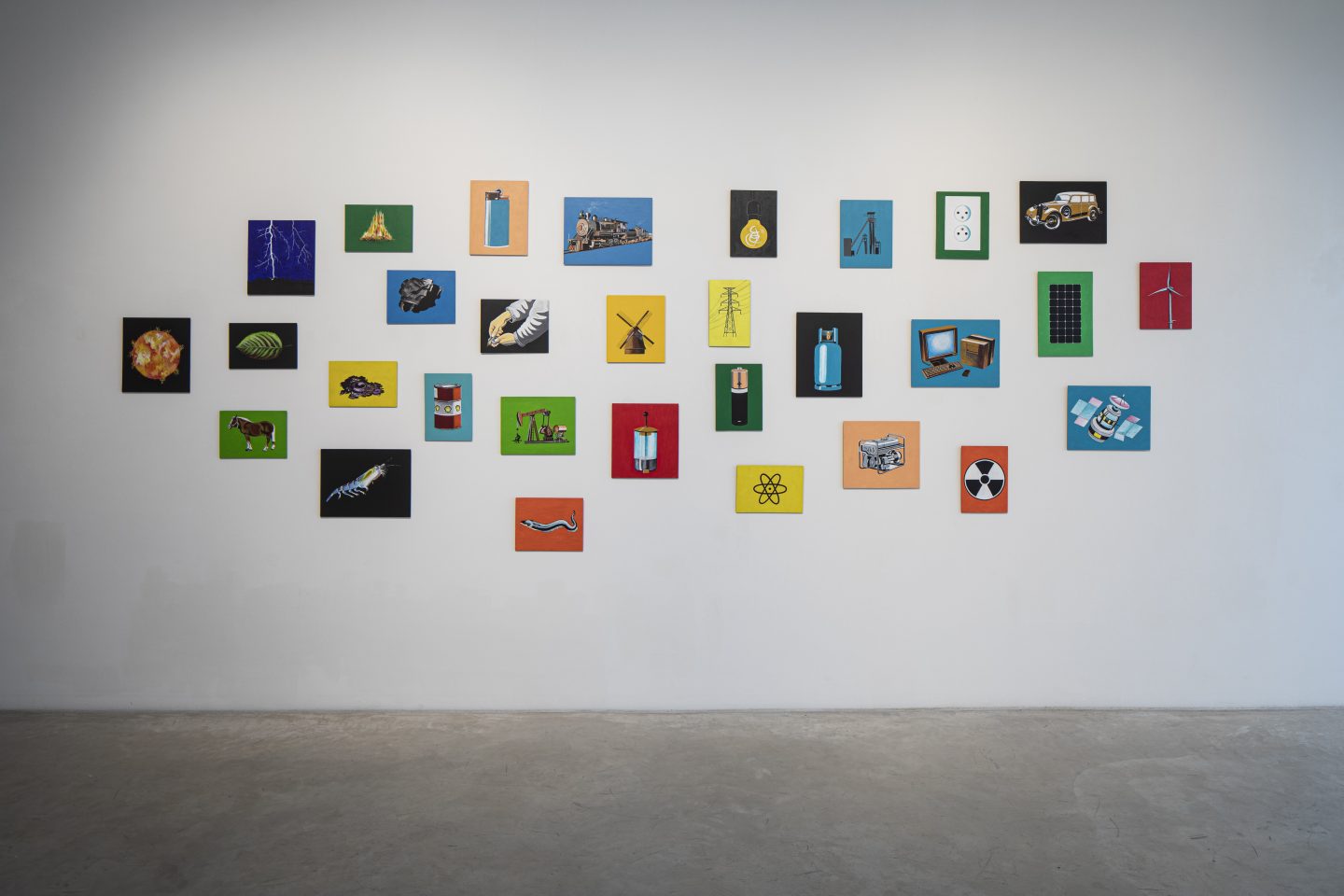 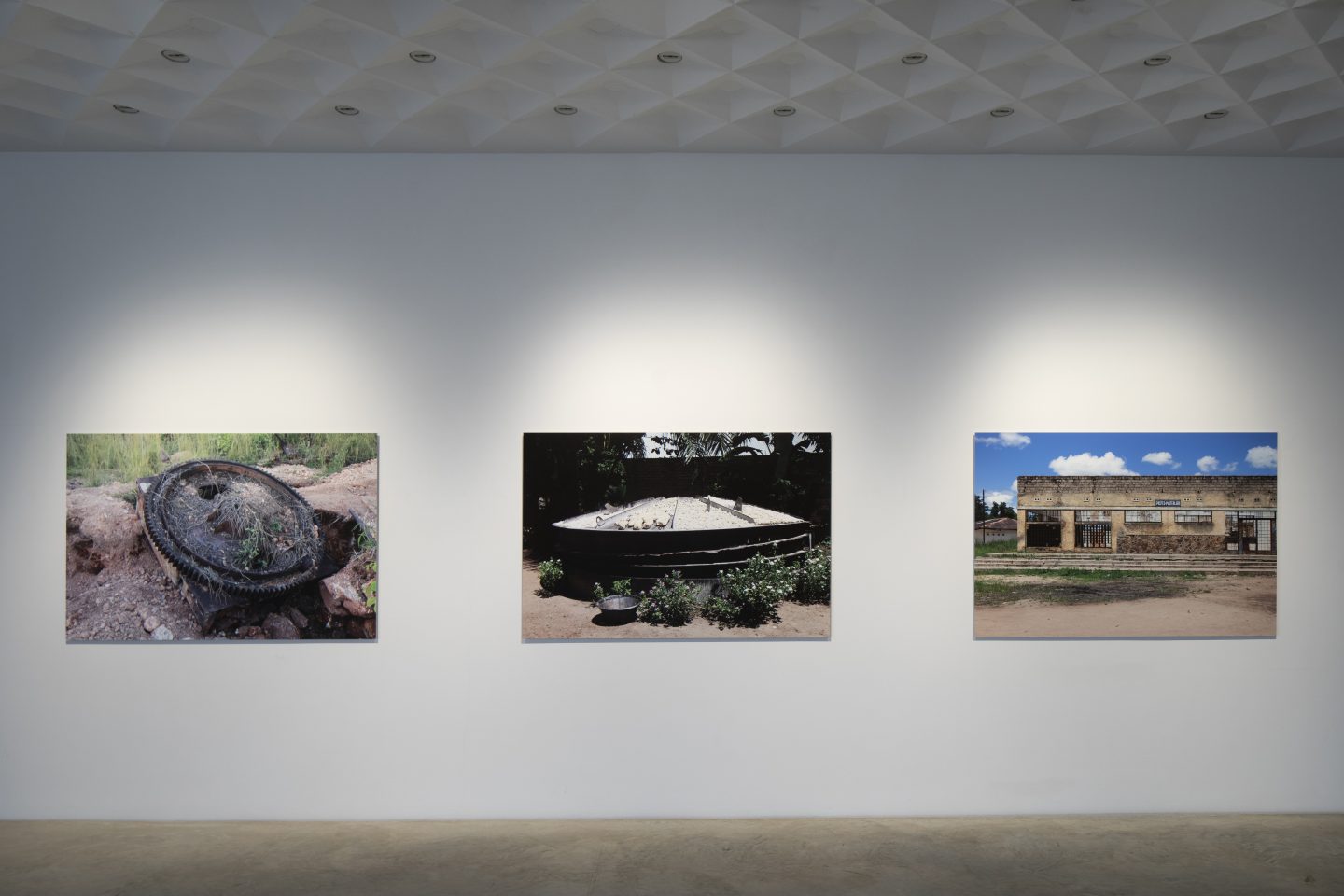 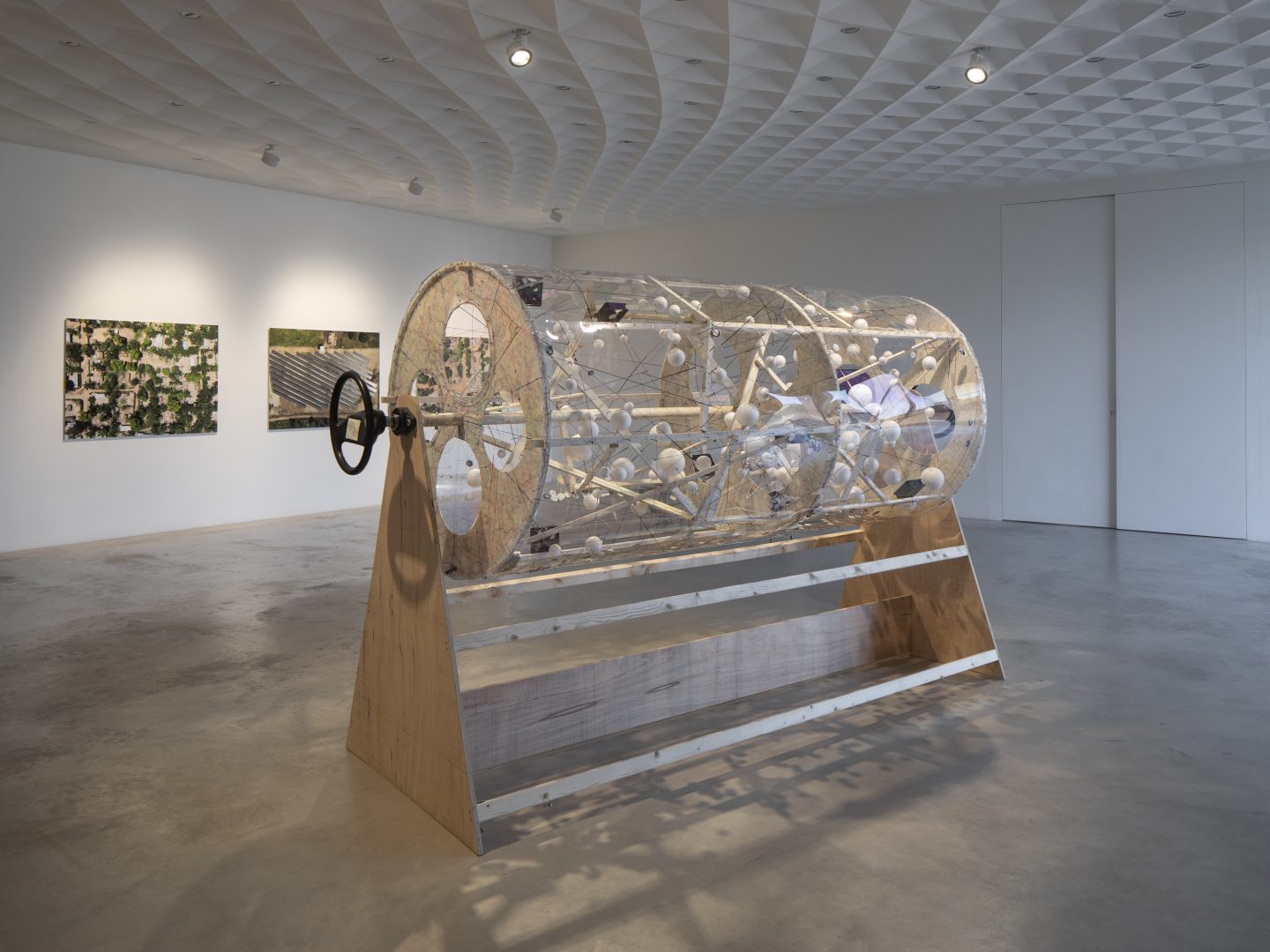 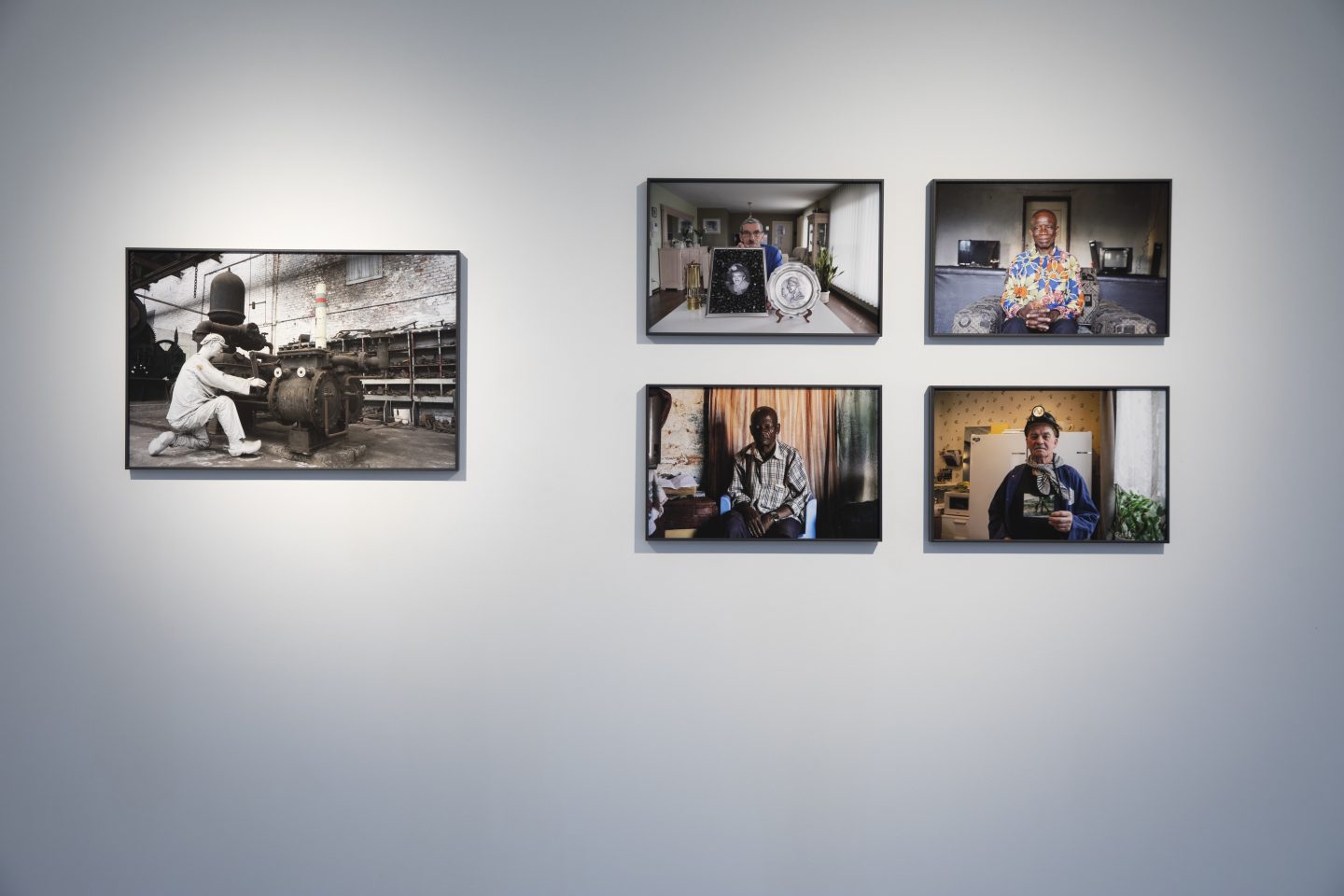 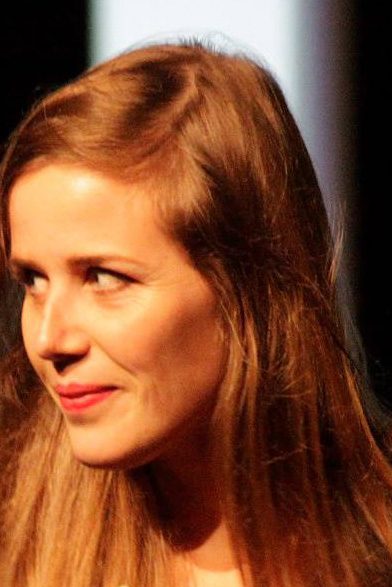 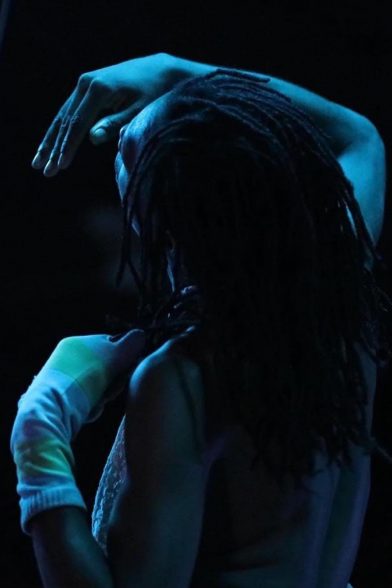 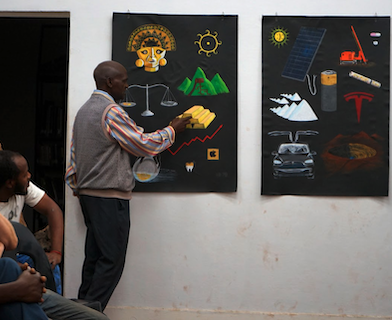